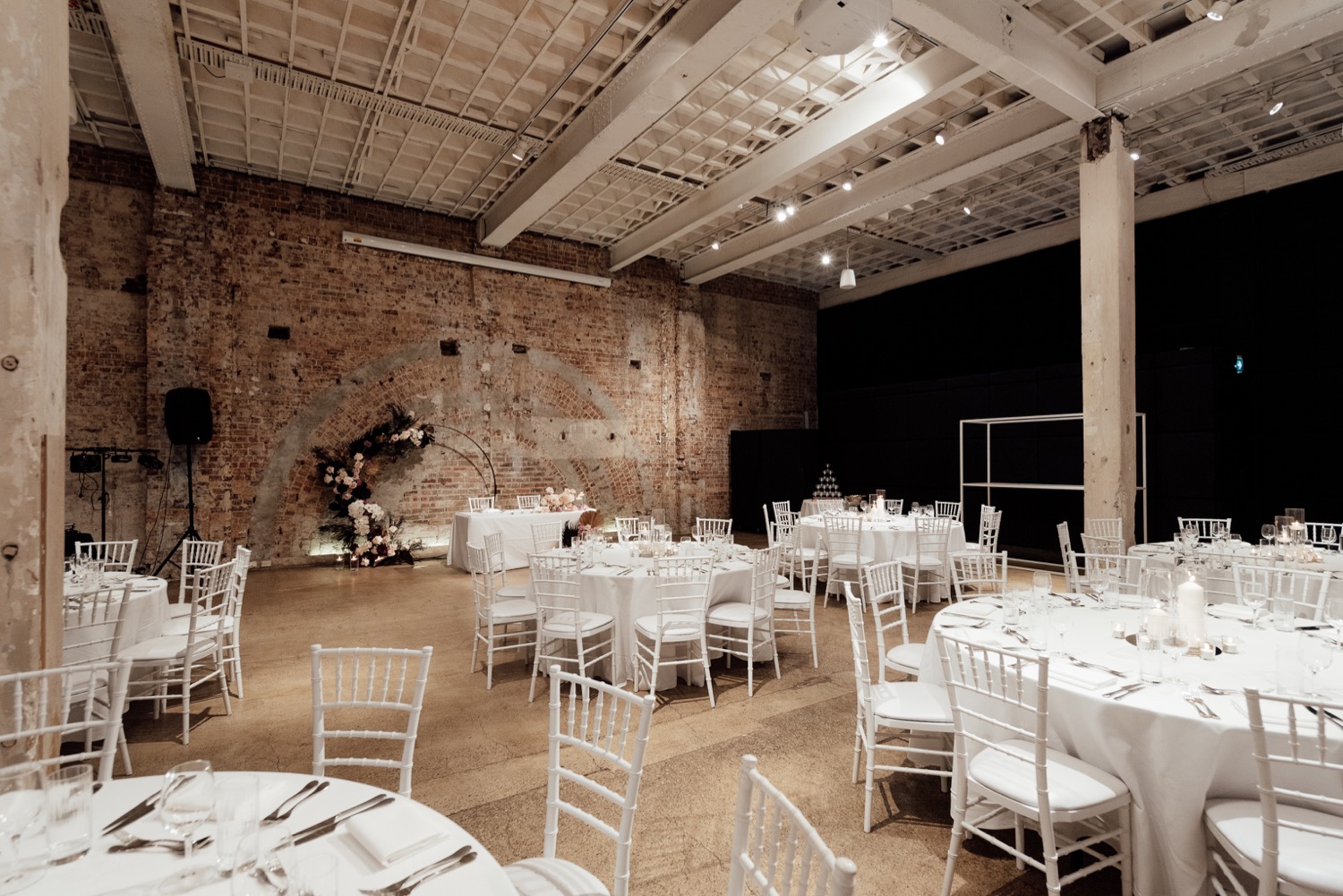 “Wow, This place is really funky” My first thought when the squishy elevator door opened up.
You wouldn’t even know the place existed from the street. It’s right opposite a fire station.

Pretty handy in the event the place caught on fire!
I noticed the exposed brickwork with super high ceilings, and that super awesome archway that opens up to the bar and lobby area.Now enough about the space. What about the wedding?

Well, let me say it was pretty awesome. I even got a park right next door to the venue. Pretty convenient.
Except.

When i went to get my car, the carpark was locked. Little did i realise it closed at 7pm on a Saturday night. Oh shit!
So I had to pay $115 to get my car back that night. And to top it off they even charged GST on top of that too.
Talk about a service tax….geez

Anyway, enough venting and back to the wedding.
How was the wedding? I loved everything about it. I even saved the day.
During the ceremony, i noticed something had dropped on the floor and it rolled under someone’s foot.
I didn’t think much of it at the time, so i didn't say anything. When it came to the exchange of rings, the grooms ring was missing.

He then looked at it. It wasnt there. Where is it?

He started looking for it in his pocket, and everywhere around him.
Everyone started looking for the ring, and I then recall that thing that dropped earlier might have been the ring.
So i bent down and looked around the area where i saw it roll to, To my surprise, there it was!

I picked it up, and and gave it to the best man.
I told him “I just saved your ass” And everyone cheered and clapped!!!
I felt like a hero!

So yes it was an amazing day. The evening was full of beautiful heartfelt speeches, good food and wine and laughter. What was really impressive was the dessert table was circus themed (Christine is a circus performer by day) and made it so personal. The night ended with a huge party where everyone boogied the night away